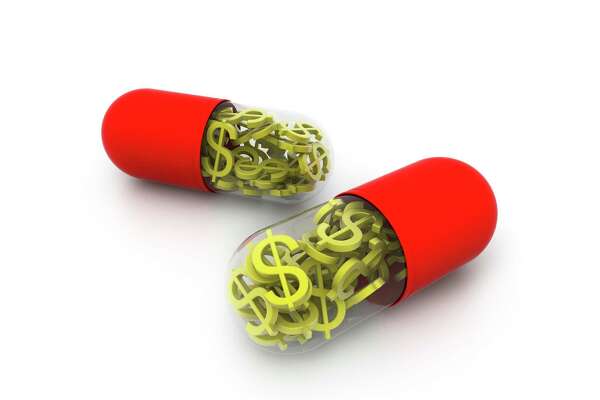 A new study delivers the dark financial reality of cancer. (10/2018)

62 percent of cancer patients report being in debt due to their treatment. 55 percent accrue at least $10,000 in debt, while 3 percent file for bankruptcy. Cancer costs exceed $80 billion in America each year.

First, let’s mention something this article deliberately omits, and which is the premise of”science for profits” . When science seeks to enrich itself and monopolize authority, it becomes a tool for destruction as the intents are no longer focusing on cures but how to keep people sick.

Moreover, it is more than 3% filing for bankruptcy. Medical problems contributed to 66.5% of all bankruptcies, despite the controversial Affordable Care Act. The system is just designed to cause financial hardship to a vast majority, especially the pensioners as aging is often associated with weaker health conditions. Talk of a cynical turn of events for the elderly who spent all their lives saving.

Rebecca Meyer was diagnosed with glioblastoma when she was 5 years old. She fought bravely for 10 months before dying on her 6th birthday. The total cost of of her treatments during that time? $1,691,627.45.

This is absolutely disgusting. Just imagine the parents, paying so much and still lose their child. Situations like these clearly establish the crime against humanity that has become the medical field as a whole. Nothing can rescue science at this stage.

One might think the situation is handled better in Europe, but europeans are sick of seeing their taxe rates going up yearly. The Yellow Vests are just a reaction to this unetahical and sick system that we have.

Cancer is costly, emotionally and socially. But it’s especially pricey in terms of money. The stress of being unable to pay for treatment doesn’t help your immune system while going through chemotherapy or radiation. It’s impossible to relieve yourself of tension when your medical costs are bankrupting you and your family.

Exactly, this reality is what must change. On top of that it is now clear that “cancer is a man-made modern disease” . To be fair, people didn’t live long enough to fully confirm this assessement, but they did not have 1000’s of chemicals poisoining their environment either. So we have to trust the conclusion that our current rate of cancer is man-made. Definitely.

This is more common than you might imagine. A new study, published this month in The American Journal of Medicine, discovered that 42 percent of patients deplete their life savings during the first two years of treatment. There’s good reason the term “financial toxicity” is in the name of this report.

Financial toxicity is pervasive in many areas of our lives. But what to think about medical insurances whose premiums endlessly skyrocket while giving patients less protection because they are criminally overbilled by healthcare professionals.

Of the 9.5 million cancer diagnoses studied between 2000–2012, researchers discovered that 42.4 percent of patients (median age 68.6±9.4 years) spent all of their money, averaging $92,098. This follows disturbing news from earlier this year that 40 percent of Americans can’t afford to pay $400 in case of an emergency. The math is not adding up.

And beyond this, let’s admit the obvious: lawmakers do not care about the situation. Otherwise they would fix it. But that’s pure digression because any for-profit system is inflationary. Any attempt to slowdown or eliminate the inflationary process will cause a crash. So, yes we are stuck.

Cancer costs exceed $80 billion in America each year. Over half of all cancer patients “experienced house repossession, bankruptcy, loss of independence, and relationship breakdowns.” Up to 85 percent of patients have to stop working for up to six months, putting further strain on their finances.

The 80 billion figure is seriously biased.  According to nih.gov,  cancer costs projected to reach at least $158 billion in 2020… alternative sources speak of 200 billions today.

Science for profit will stop at nothing: Gates, Bezos and Chase are dreaming of a blood cancer test, and If they’re successful, the market opportunity may reach $200 billion a year in sales, according to the technology’s boosters in 2016. We have not heard of this that much as of yet, but we can rest assured that they are working on it… instead of funding research that could eliminate the use of chemical and GMOs for example, and save the environment by the same token. That is why a money-free society is the only solution.

Funding is needed to keep researchers searching for cures and better treatments. Hospitals need to stay in business, and cancer happens to be one of the more expensive widespread diseases to treat. But we’ve also set up our society in such a way that these high costs are passed on to those who can afford it least. This study is just one example of a culture that continues to divide its wealth to such extremes.

As long as humans will continue to follow the money… things will go from bad to worse. Period.

What we are seeing is the fate of a premise based on endless money creation, which is inescapable.

Is Diabetes A Bigger Threat Than Cancer Inc?