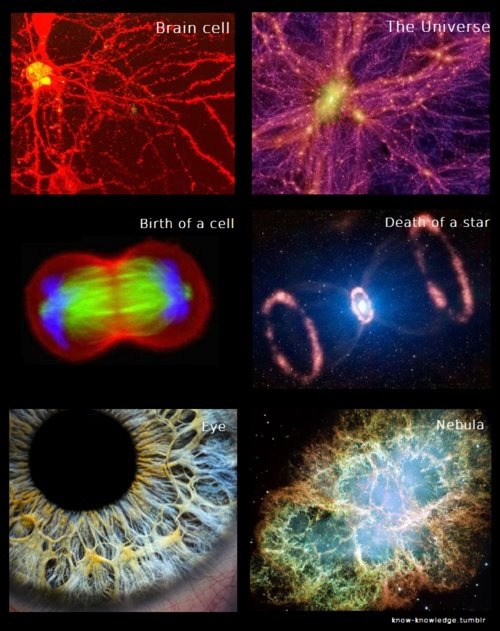 If you have been following our blog for quite a while, you have to be aware that we support the Electric Universe Theory.

The release of this “jaw-dropping moment” is just adding more value to the stance that the E-U (electric universe) is the right path to follow. This also implies that it only is a matter of time for the Big Bang, Gravity, Relativity and Anti-Matter theories to go be abandoned. They will be let go quietly and without a fanfare.

To understand why “science as we know it” is on its deathbed, one has to comprehend the work of physicists making the case for a Mental Universe and Biocentrism

Why a Mental Universe Is the “Real” Reality … Instead, the universe is the expression of a universal mind that transcends personal awareness… — 2016 HuffingtonPost

In fact, this is nothing new at all as expounded in a previous blog.

This concept was already shared by those investigating metaphysics in the Antiquity: they already knew the universe was fractal. As much as the atom is a miniature of the galaxy, and that our synapses and the cosmos share the same charctericstic as they are connected by electric fields.

What we regard as “esoteric” today will become a rational fact tomorrow. All speculations derive from the imagination connected to a Cosmic Field.

It is, however, kind of fascinating to see how hard the mainstream tries to distance itself from what it perceives as pseudoscience while being commanded by the Unknown and its own laws.

Despite major scientific breakthroughs, the brain largely remains a mystery, and the team from Case Western Reserve University have added to it with their latest paper on a self-propagating ‘wireless’ communication they encountered that can jump across different sections of the brain.

Neuroscientists know much less than we think about the brain, but they hope to bypass the obstacles with brain implants in order to command and/or neutralize essential neural functions. They hope to handle the brain, like a switch, so that it will remain a mere mechanical device subjected to algrorithms, hence easy to control.

Elon Musk is absolutely right when stating that AI is the greatest threat ever,  he just won’t delve into the matter too much. Even with a brain interface,  it is extremely likely that AI will still be in control.

This slow periodic activity can generate electric fields which ‘switch on’ neighboring cells briefly, allowing for chemical-free communication across gaps in the brain. The team managed to simulate communication across completely severed brain tissue while the separate pieces remained in close proximity…. “It was a jaw-dropping moment for us and for every scientist we told about this so far.”

Let’s rephrase that: scientists witnessed the metaphysical component of electricity and how it interacts with matter — and they remained speecheless for a moment. Scientists were suddenly confronted with the reality that metaphysics is no pseudoscience.

Indeed, it is a jaw dropping moment!