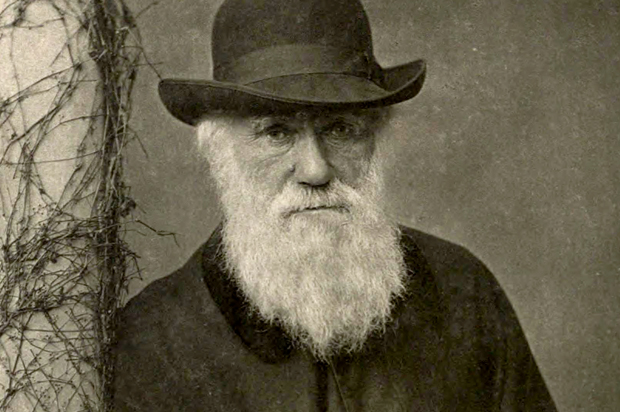 February 11 2019 | There are 1,043 scientists on the ‘A Scientific Dissent from Darwinism’ list. It passed the 1,000 mark this month,” said Sarah Chaffee, a program officer for the Discovery Institute, which maintains the list on dissentfromdarwin.org

This is a milestone and we can expect the number of dissenters to ever increase. Darwin has never made sense anyway. “Random mutation” is like asking a magician to pull a rabbit out of his hat. How convenient, “random mutation” just fits any tricky situation that cannot be explained by atheistic science itself.

The atheistic paradigm has been stretched to the maximum and now showing deep cracks all over. Paradigms are usually threatened when new data begins to point to the illusion of whatever dogmatic consensuses, which society reveres as a way to control the flow of knowledge — and keep scientists in the line. We ought to question the worthiness of a college degree when such a huge fallacy has been taught for almost a century. The damages done to biology are beyond belief!

The ugly truth is out there now: there has never been any “random mutation” but only molecular biology regulated by Consciousness and Light.

Those who sign it “must either hold a Ph.D. in a scientific field such as biology, chemistry, mathematics, engineering, computer science, or one of the other natural sciences; or they must hold an M.D. and serve as a professor of medicine,” according to the institute.

One does not need a college degree in science to understand that “random mutation” has to be put to rest for good as  Epigenetics has proven the irrationality of darwinism beyond doubt. And from there we can also project that no big step in science will be achieved as long as scientists do not cooperate with the Laws of Nature, dictated by Epigenetics, and Physics as Electricity is what holds the cosmos together.

According to Discovery Institute Senior Fellow David Klinghoffer, the signers “have all risked their careers or reputations in signing.”

Such a pervasive fear to displease and challenge academia tells a lot about the scientific lobby itself, it obviously has never been open to originality nor creative thinking.  Instead any new data must always validate the core theory within its dogmatic parameters, otherwise, the data is simply dismissed. Science operates for profits and thus needs “safe values”, hence dogmas must be invented. But since the Unknown drives all Knowledge, we obviously have a serious paradox to deal with.

“I think more scientists are realizing the limitations to Darwinism, specifically in regard to the origin of life and the complexity of the cell. So much of how cells actually work reveal how impossible it is that life arose from mutation and natural selection. As we have learned more and more about molecular and cellular biology, more scientists doubt Darwinism although they may not admit it for fear of repercussions,” Dewitt told The Fix in an email interview…. (read full article)

Let’s face it, academia is holding scientists hostages. And the fact is that so many scientists are disappointed by the prospects of their career (no room for innovation nor authentic creativity) that they end up working for a paycheck as opposed to a greater good. As a result science as a whole, has become a field that needs to be entirely reassessed.

We cannot trust any findings obtained by peer pressure. And wait, it’s where things get way worst.  In 2016,  headline in the magazine Nature read: 40% Scientists Say Fraud Causing Crisis of Science — Can Science Be Saved?

There is a disaster waiting to happen that will strike the scientific monolith at some point — and sooner than we think…. this is the end of scientific atheism, and we’d better fasten our seat belts!

Science without philosophy and spirituality can no longer be. And the merging of these 3 fields is now just a matter of time. There is nothing else left to do but embrace the “Manifesto for Post-Materialistic Science”