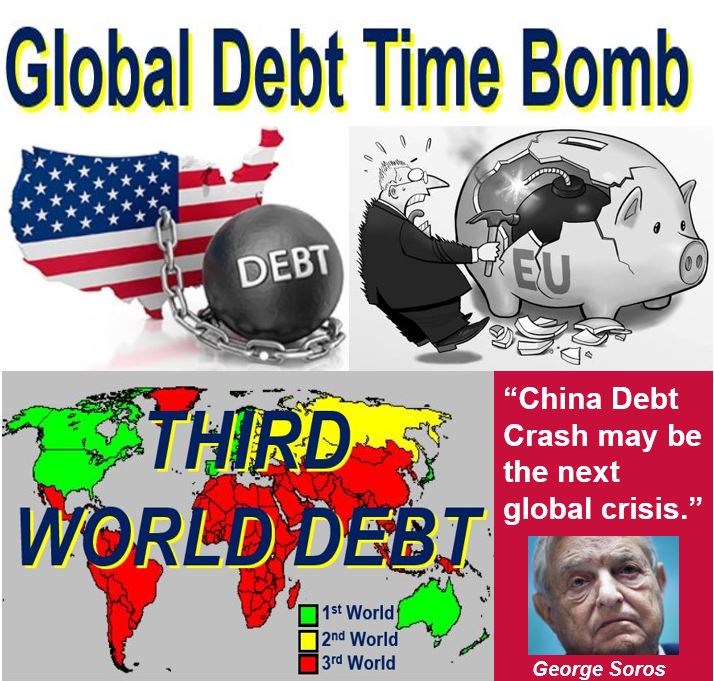 The once so-called rich West is beginning to show cracks all over the place. It is only a matter of time before it all crumbles down. There is no difference between the “capitalist and socialist models” in the end, both have achieved despair for the masses and ultimately threats to the system.

The laws of commerce as drafted and implemented have deep flaws. Anybody with a good sense of observation is able to figure out that trying to fix any issue will precipitate a global financial collapse. Many Westerners have no cushion anymore to absorb any shock to the system and must rely on central banks to print themselves into more debts now.

Cannot make an omelet without breaking eggs. The same applies to almost everything we can think of. Money was meant to be a medium of exchange that cannot be hoarded, so humans remain in sync with the generosity of Nature. But if nobody can take over, do we really need money?

There lies the core issue, explained in depth on our website. This is not an economic issue but a metaphysical/spiritual one. Darwinism for humans will never work out because man was given the dominion over Nature to precisely have the choice to avoid predatory behaviors… or failing his purpose completely. We live in a free will Universe after all. Man’s Ego is the problem when not understanding Natural Laws.

How much do we want to lose to fix society? Anybody who even thinks that s/he can muddle through is fact helping perpetuate a paradigm that no longer serves, because it is a mindset issue. There are still too many who expect to profit from the system before it all crashes down and those are part of the problem as they help the latter being stretched further to an inevitable breaking point.

It is all an illusion but extremely and lethally harmful, that only a tamed ego – humility and empathy – can fix. However any for profit system will turn any ideology into the same endeavor: failure. It is the Ego that has been trained since a very early age to regard debt as a necessary evil. Only the Ego will get us out of it by recognizing that only a state of servitude can accept a necessary evil … it all boils down to the price of freedom and knowing that freedom starts within.

‘More than 16m people in the UK have savings of less than £100, a study by the Money Advice Service (MAS) has found. In five areas of the country, more than half the adult population has savings below that level. “These figures show the millions put at risk by the saving gaps in the UK,” said Nick Hill, money expert at the service. “For some on low incomes, saving is a real challenge as they may simply lack the income needed to save at all.” Read more: Millions have less than £100 in savings, study finds

Most Americans live paycheck to paycheck – CNBC | According to CNN Money, 76 percent of Americans are living paycheck-to-paycheck.

Europeans Are Getting Poorer, And More Unequal – Bloomberg |  Most of Europe Is a Lot Poorer than Most of the United States

You are invited to discuss this blog in our forum: http://www.earthcustodians.net/forum/index.php?topic=85.0